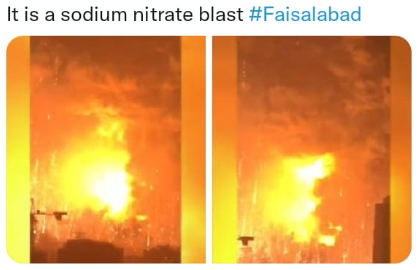 Today blast is listened in Faisalabad. Around 7.52 pm there was a tremendous blast listened in whole Faisalabad. As per sources, it might be an Air blast or there might be some Sodium-Nitrate blast, but no confirmed news yet.

Blast was of such severe  nature that caused Doors & Windows badly shivered in whole Faisalabad City.

We are still confirming & will try to keep you Updated.