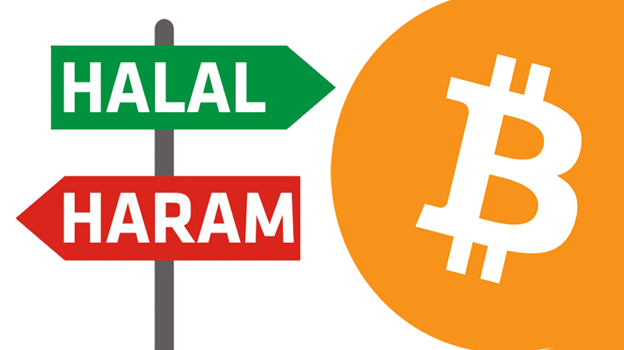 It is thought by the Muslims that they have to avoid Crypto currency trading as it is declared haraam for the Muslims by Islamic scholars. So, first of all we need to know what Crypto Currency is. It is stated as:

Now, the main question is whether the trading of cryptocurrencies like bitcoin is halaal or haraam for Muslims. As we already discussed that Muslims are forbidden to do the crypto trading. Here we will discuss in detail by keeping in view some Islamic perspectives:

There is a great percentage of investors in Indonesia round about 6.5 million. But, now the Indonesia’s quasi-governmental Ulama Council called it haram by giving a Fatwa.

According to the Islamic Shariah some things are clearly called haraam like drinking alcohol or wine, eating pork, gambling etc. just like this doing investment in this business is also haraam. We have stated the point of views of some famous Shariah scholars given below:

Dr. Ziyaad Mahomed is the chairman of Shariah committee at HSBC at Amanah Malaysia BHD. He has clearly warned and gave an argument against crypto currency trading. By supporting the words of Mufti Muhammad Abu bakar, he said that social agreement is necessary about the currency value and available for transactions also.

He is the grand Mufti of Egypt. He warned people from block chain technology as it leads to a great loss of their assets and it will also opens the ways to fraudulence. Moreover, crypto currency is harmful for people so it can be strictly prohibited in Shariah.

Mufti Muhammad Abu-Bakar is an Islamic Shariah scholar and works at silk bank limited. He has a great and appreciable knowledge of Shariah and how we should imply Shariah in our daily life. He said that if a currency is officially permitted in a country then its trading I also halaal because it is a work of exchanges between people and business.

Mufti Faraz Adam is a scholar at Islamqa.org. He called the crypto Currency trading a halaal deed. He argues that the currencies are only the assets of a person that keep some value. However, crypto trading is halaal because its investments are unwanted.

Future of Trading (Halaal or Haraam)

Number of peoples and traders still believe that crypto currency would be called halaal in near future. But they should remind the verses of Quran:

‘’O believers! Intoxicants, gambling, idols, and drawing lots for decisions are all evil of Satan’s handiwork. So shun them so you may be successful.’’

Islamic law teaches us that before doing any investment we should ensure that the income in return should be Halaal. As our Prophet already said in a Hadith:

“Gold is to be paid for by gold, silver by silver, barley by barley, dates by dates, like by like, payment being made hand to hand. He who made an addition to it, or asked for an addition, in fact, dealt in usury.”

As we discussed that there is a dispute in views of different Islamic or Shariah scholars. But still we should believe that this currency is not considered legal in our country and is not according to the standards of Shariah. However some countries are still in a heavy debate and some Islamic countries like Indonesia has declared it haraam and banned its use by accepting the Fatwas if Hejaz Financial Services.

You May also read How To Open Bank Account Online? -Proper Guidance