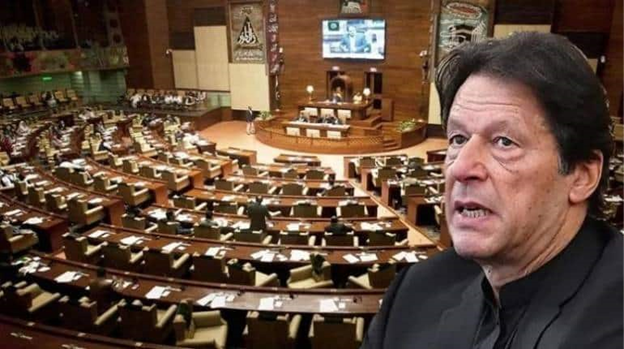 ISLAMABAD: PTI leader Fawad Chaudhary has already announced that if the decision was made against Imran Khan then, the lawmakers would resign by means of a successful non confidence move from Pakistan National Assembly.

“If our objections on Sharif’s nomination papers are not addressed then we will resign tomorrow,” he said.

Resignation letters of few members have been submitted and the rest will also submit after the consultation.

However, the PTI leaders also raised objection against the nomination of Shahbaz Sharif as a PML-N President. But, the Secretariat of National Assembly accepted the nomination and rejected all the objections. 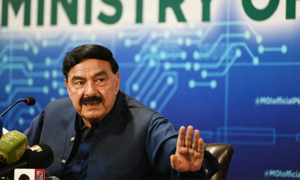 “Imran Khan listens to everyone and the take a decision so whatever he wants will happen, and all of his decisions will be accepted. In my opinion, we should protest inside and outside the National Assembly as well.”

Pakistan’s Tehreek-e-Insaaf decided to nominate Shah Mehmood Qureshi, the Vice Chairman of PTI after the voting of no-confidence against Imran Khan for the position of Prime Minister. Fawad Chaudhary said that they wanted to challenge the nomination papers of Shahbaz Sharif, who is about to be taken to court for money laundering case. And, he was also arrested by the National Accountibility Buraeu (NAB) on November 28, 2020 for this case. 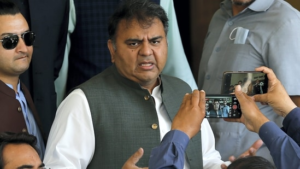 He called it a “Great Injustice” and objected that Shahbaz Sharif should be in the court instead of contesting in the National Assembly for the elections of Prime Minister. Moreover, he also regretted by saying that imposing a foreign, selected, and imported government and on top of that, makes Shahbaz Sharif the head of the government. And it is a great unfortunate for the country and its people.

Through a no confidence motion Imran Khan was forced out on April 10, 2022 as the Prime Minister of Pakistan. Ayaz Sadiq- a member of the panels of chairs, announced after the voting process that

The whole nation is expecting Imran Khan as their Prime Minister, and all PTI supporters will surely come out o streets against the foreign conspiracy alleged against Imran Khan. Talking to media Fawad Chaudhary said that the whole situation was observed in the PTI’s Central Core Committee that was held in Banigala with Imran Khan. It was attended by core committee members, Khyber Pakhtunkhwa, governors and senior leadership of the party and chief ministers of Punjab.

It was also decided that the former Prime Minister will launch the Public Relations Campaign and PTI will hold a huge rally on Tuesday in Peshawar. Fawad Chaudhary appealed from all over the Pakistan to protest after Esha.

It was an International regime change that changes the Government and that operation took place in Pakistan. He also said that it is a time to fight same like in 1940 for the freedom. Imran Khan said that PTI Core Committee paid a great tribute for fighting till the last ball against the joint opposition.