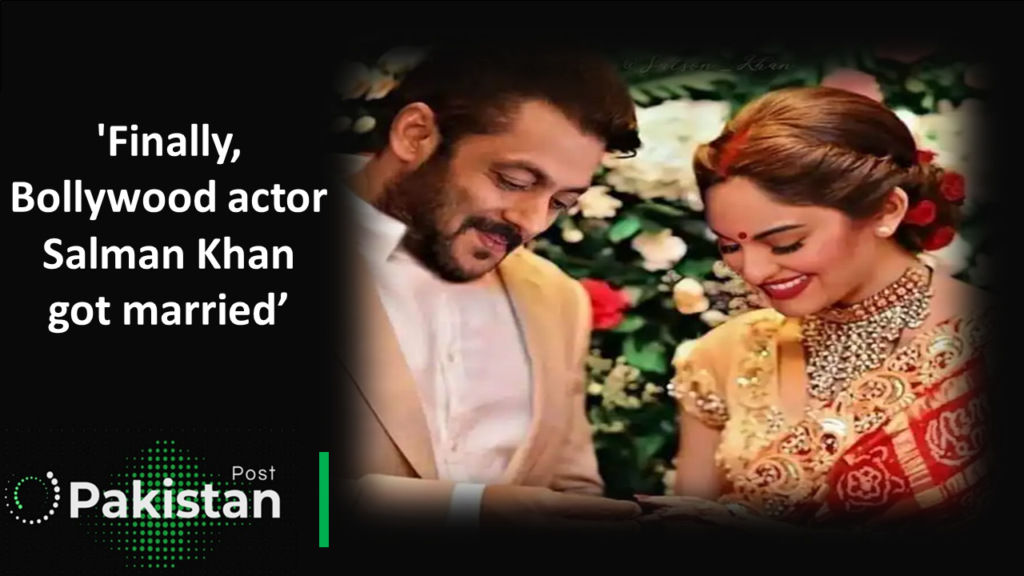 Bollywood actor Salman Khan ‘s interesting video is going viral on social media in which he is saying that the marriage has taken place.

Bollywood’s domineering actor Salman Khan has posted a satirical video on social networking site Twitter to confirm his marriage which is going viral.

In the video, the Bollywood actor shared a video of his famous film ‘Andaz Apna Apna’ in which young Salman Khan asks if marriage is over, says 56-year-old Salman.

Sharing the video, Salman Khan wrote, “Watch the day after tomorrow to find out what happened.

Earlier, news of Salman Khan’s marriage to actress Sonakshi Sinha was going viral on social media, which was denied by Sonakshi Sinha.

Commenting on the post, Sonakshi Sinha said, “Are you guys so stupid that you can’t tell the difference between an original and an edited image?”

You may also like, I don’t care if President Biden misunderstands me: Saudi Crown Prince MBS