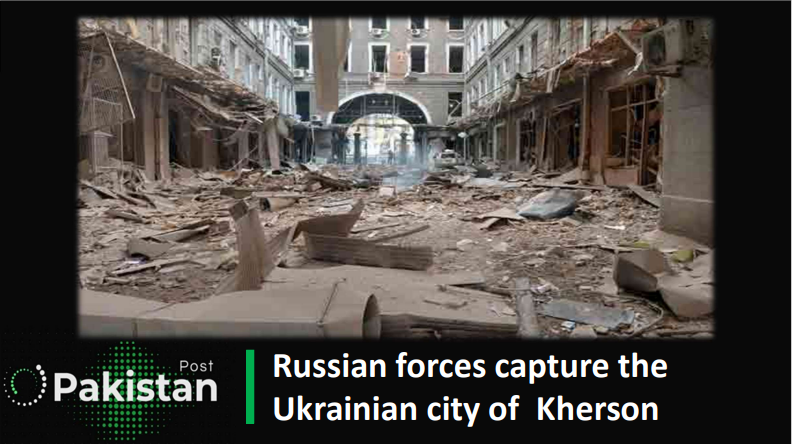 Seven days after the Russian invasion, it became the first major city to be controlled by Russia. Local authorities have confirmed the occupation of the city.

Gennady, the head of the regional administration, said Russian troops were present in all parts of the city and were “extremely dangerous.

On the other hand, the UN General Assembly passed the resolution by an overwhelming majority and demanded the immediate withdrawal of Russia from Ukraine.

According to the United Nations, 230 Ukrainian citizens have been killed in the attack on Ukraine. Russian airstrikes injure 525 Ukrainians.

UN High Commissioner for Refugees Filippo Grande wrote in a tweet that in just seven days, one million refugees had been displaced from Ukraine to neighboring countries.

You can also read: Xiaomi to Launch Mobile Manufacturing Plant in Pakistan

You can also read: Hum News