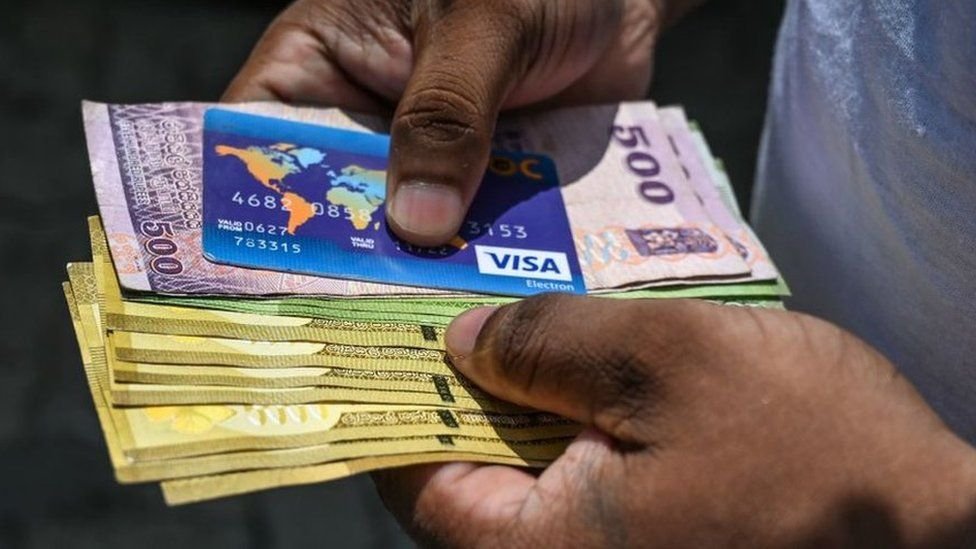 The world’s two largest credit rating agencies have warned that Sri Lanka is on the verge of defaulting on its loans. Credit rating agency Fitch downgraded the South Asian country, saying “the process of sovereign default has begun.”

S&P Global Ratings made the same announcement, saying that the default was now a “virtual certainty.” Sri Lanka said this week it would temporarily default on its foreign debt as it faces its worst economic crisis in more than 70 years.

Sri Lanka is due, on Monday, to pay 78 million (£ 59.4 million) in interest on its international sovereign bonds. If payment is not made within the 30-day grace period, it would be the country’s first foreign loan default since independence from Britain in 1948.

Fitch’s latest rating puts Sri Lanka “close to default” and indicates that it has “irreversibly weak ability to pay”. The company said in a statement on Wednesday that it will downgrade the rating once the payment is released and the grace period expires. S&P also downgraded Sri Lanka to “reflect the hypothetical belief of default on certain affected obligations”.

The rating agency said it was awaiting further details on Sri Lanka’s debt restructuring plan or confirmation of its government’s failure to repay creditors. “We expect the government to refrain from paying for these coupons,” Standard & Poor’s said in a note. A coupon is an interest payment on a bond. The purpose of credit ratings is to help investors understand the level of risk they face when buying a financial instrument, in the case of state debt or sovereign bonds.

On Tuesday, the Sri Lankan government said it would temporarily default on 35.5$ billion in foreign loans.

Its finance ministry said epidemics and the effects of the war in Ukraine had made it “impossible” to repay its creditors. The country is set to begin talks next week with the International Monetary Fund (IMF) on a debt program to get its economy back on track. It sharply depreciated its currency last month before negotiating a bailout with the IMF.

You may also read Crypto Currency Trading; Halaal or Haraam?

How to earn from LinkedIn in 2023. Latest updates

How many ways to earn money from amazon